As I alluded to in my blog post The Struggle, I’ve found the past few weeks especially difficult, for several reasons: 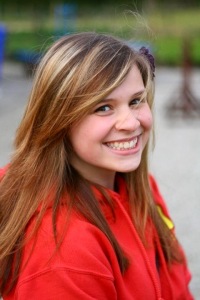 I’m very much a people person and one thing that I always enjoy, is a day out along with a group of women from our church to a Christian Women’s Conference. For many years we attended Focusfest together, originally this used to be in a big tent in Coleraine, but more recently it was in the Waterfront Hall in Belfast.

More recently we started attending the Irish Women’s Convention in Spires in Belfast. Last year when they announced that this year’s speaker would be Nancy Guthrie I exclaimed to the friend beside me “I want to book my place for next year right now.” I was so excited about the possibility of getting to hear Nancy Guthrie speak in person.

Nancy lives in Nashville and she has one living son called Matt and two children in heaven, a girl called Hope and a boy called Gabriel. She is an accomplished writer and Bible teacher.

Not long after Leah died I read Nancy’s book HEARING JESUS SPEAK INTO YOUR SORROW. Some time after that I started using The One Year Book of Hope. I don’t use it every day, as I have several daily devotionals that I like to use – I dip in and out of it.

There was over twenty women in our group yesterday and our ages varied from women in their thirties to women in their eighties. Most of us traveled the 140 mile round journey to Belfast via Ulsterbus. We arrived just before before the 10am start time.

Nancy was such an easy speaker to follow. She spoke about her own experience of losing two babies to Zellweger Syndrome, when they were only a few months old. Then she spoke from the book of Job in the Bible regarding the lessons that God has taught her and her husband through all of this.

The praise and worship was amazing, most of the songs and hymns that we sang were ones that have been really special to Leah and/or me in this journey.

The titles of Nancy’s three talks were:

The talks will eventually be uploaded to the Irish Women’s Convention website – I highly recommend listening to them.

I wrote six pages of notes and that’s always a good sign! During our lunch break I deliberately browsed the book stall WITHOUT my purse, in the hope of being able to resist the lure of all those nice shiney books that I might never have time to read. However, when the day was over I returned to the book stall and purchased two books by Nancy Guthrie:

The book O love That Will Not Let Me Go is a collection of twenty-two short meditations drawn from the sermons and writings of classic and contemporary pastors and theologians, edited by Nancy Guthrie. The chapter that particularly caught my eye is one by Joseph Bayly entitled “Our Faith is in God not in Healing”. I haven’t had a chance to read it yet, though.

I think that there is so much misinformation and false teaching in Christian circles regarding healing, as was evidenced shortly after Leah died, when a Christian leader (not in my own church) confidently told me that my daughter had died because of lack of faith. He then proceeded to quote the Bible verse

“And He did not do many miracles there because of their lack of faith.”

I write more about this subject in my blog post entitled The Healing Question and also in Does God Answer Prayer?

I love the quote on the back cover of Nancy’s book:

Yes, I am devastated and heartbroken at having to say goodbye to Leah, but I will never forget her faith and the peace and serenity with which she faced death – for me that was awe inspiring.

After the conference was over, most of our group went for a yummy meal at Acton & Sons on Brunswick Street. We had pre-ordered our food and the staff were both efficient and attentive. This gave us all further opportunity to catch up with each other and renew friendships.

After a delicious meal we had just enough time to walk to the Europa Bus Station to catch our bus. I arrived home with renewed strength to face my situation. I feel like my inner compass has once again been re-calibrated towards ‘true north’.

10 thoughts on “Holding on to Hope in my Life”