Our Minister at church this morning told us about attending the Portstewart Convention during the week. The last time I was there was in 2013 with Leah, I write about this here.

Our Minister read to us a poem called Two Rows By The Sea that he had heard at the Portstewart Convention.

He explained the background of the poem to us:

On February 15, 2015 a gruesome video was released showing the beheading of 21 Egyptian Christians by Islamic fanatics in Libya. As they were being executed, cries of “O Jesus” could be heard in the background. The video shocked the country. Both Christians and Muslims shared a common revulsion over this barbaric act. As soon as the video was broadcast, Egyptian President El-Sisi delivered a speech declaring 7 days of mourning. Shortly afterwards, the Egyptian Air Force bombed ISIS targets in Libya.

In response, the Bible Society of Egypt produced a simple leaflet called Two Rows by the Sea. Scripture verses were carefully chosen. A moving poem was written that finishes by asking some searching questions:

Two Rows By the Sea

“Two rows of men walked the shore of the sea,

On a day when the world’s tears would run free.

One a row of assassins, who thought they did right,

The other of innocents, true sons of the light.

The other with hands empty, defenseless and tied.

One row of slits to conceal glaring-dead eyes,

The other with living eyes raised to the skies.

The other spread God-given peace and rest.

A Question… Who fears the other?

Or the row in black, with minds evil and broken?”

Several thoughts went through my head as I heard this poem being read.

I thought of my own daughter, of how she also faced death without fear, but it wasn’t a man with evil eyes that threatened her with a knife. Instead, it was an evil disease process in her young body, that the best of modern medicine proved ultimately powerless to conquer – that was her enemy.

I thought of the families of these 21 Egyptians and how, with one communal act of hatred, their families were plunged into deep mourning.

I reflected on the Bible verse that tells us

“Continue to remember those in prison as if you were together with them in prison, and those who are ill-treated as if you yourselves were suffering.” Hebrews 13:3 (NIV)

It’s so easy to get caught up in our own “stuff” and forget our global responsibilities. We are called upon both to pray for those who are being persecuted and to provide practical support, wherever possible.

“The Lord has told us what is good. What He requires of us is this: to do what is just, to show constant love, and to live in humble fellowship with our God.” Micah 6:8 (GNT)

Sometimes we can be in a situation where we have to find the courage to speak up for justice on behalf of somebody in our circle who is being mistreated.

Other times, our concern can be for a person or a people group in another part of the world and we can give financially to bone fide organisations who are fighting the cause of the oppressed and marginalised. 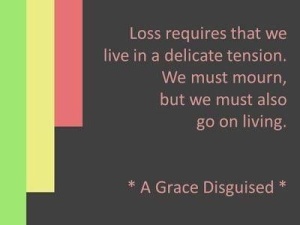 After Leah’s transplant she really felt the cold – she loved to be warm and cosy in this fleece from Primark – Bristol has the most amazing flagship Primark store.

Grieve Well, With Hope. (for those who mourn Leah Whyte)

Andy Lamberton’s comments: Being deeply moved by Leah’s journey, I can’t help but respond, my prayers and thoughts are with you who knew and loved Leah. What a girl. What a testimony.

Unauthorized use and/or duplication of this material without express and written permission from this blog’s author and/or owner is strictly prohibited. Excerpts and links may be used, provided that full and clear credit is given to Victoria Whyte with appropriate and specific direction to the original content.
Loading Comments...
%d bloggers like this: